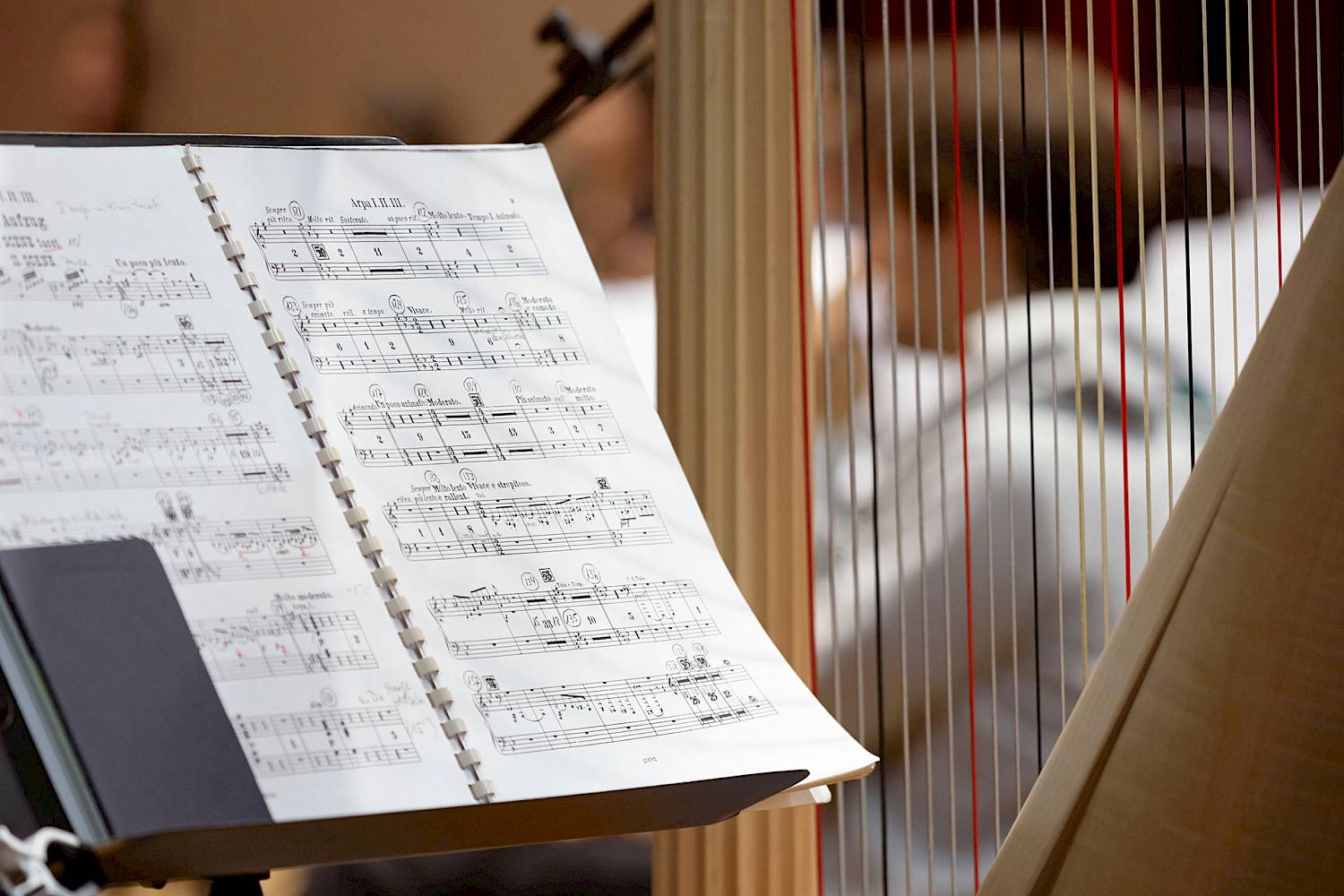 The Philharmonia Zurich is the orchestra of Zurich Opera House and has been conducted by General Music Director Gianandrea Noseda since 2021. Gianandrea Noseda was preceded in this capacity by Fabio Luisi, Ralf Weikert, Franz Welser-Möst and Daniele Gatti. Many renowned conductors have regularly stood at the rostrum of the Philharmonia Zurich, exerting a decisive influence on the ensemble, which was formed in 1985 after the demise of the long-established Tonhalle- und Theaterorchester (TTO). These have included such luminaries as Alain Altinoglu, Marco Armiliato, Teodor Currentzis, Christoph von Dohnányi, John Eliot Gardiner, Bernard Haitink, Nikolaus Harnoncourt, Ingo Metzmacher, Nello Santi and Simone Young. The Philharmonia Zurich’s repertoire runs the entire gamut of orchestral literature, ranging from baroque music to contemporary compositions. The Philharmonia Zurich can be heard at approximately 250 opera and ballet performances each season. In addition, the Philharmonic Concerts serve as a podium for the concert repertoire, while the ensemble’s artistic spectrum is complemented by chamber music concerts. One special feature of the Philharmonia Zurich is the “Orchestra La Scintilla”, a period ensemble consisting of members of the Philharmonia Zurich, who further enrich Zurich’s cultural scene with opera performances on historical instruments. The fruit of many years of collaboration with Nikolaus Harnoncourt, the “Orchestra La Scintilla” works with conductors such as William Christie, Marc Minkowski, Thomas Hengelbrock and Giovanni Antonini.